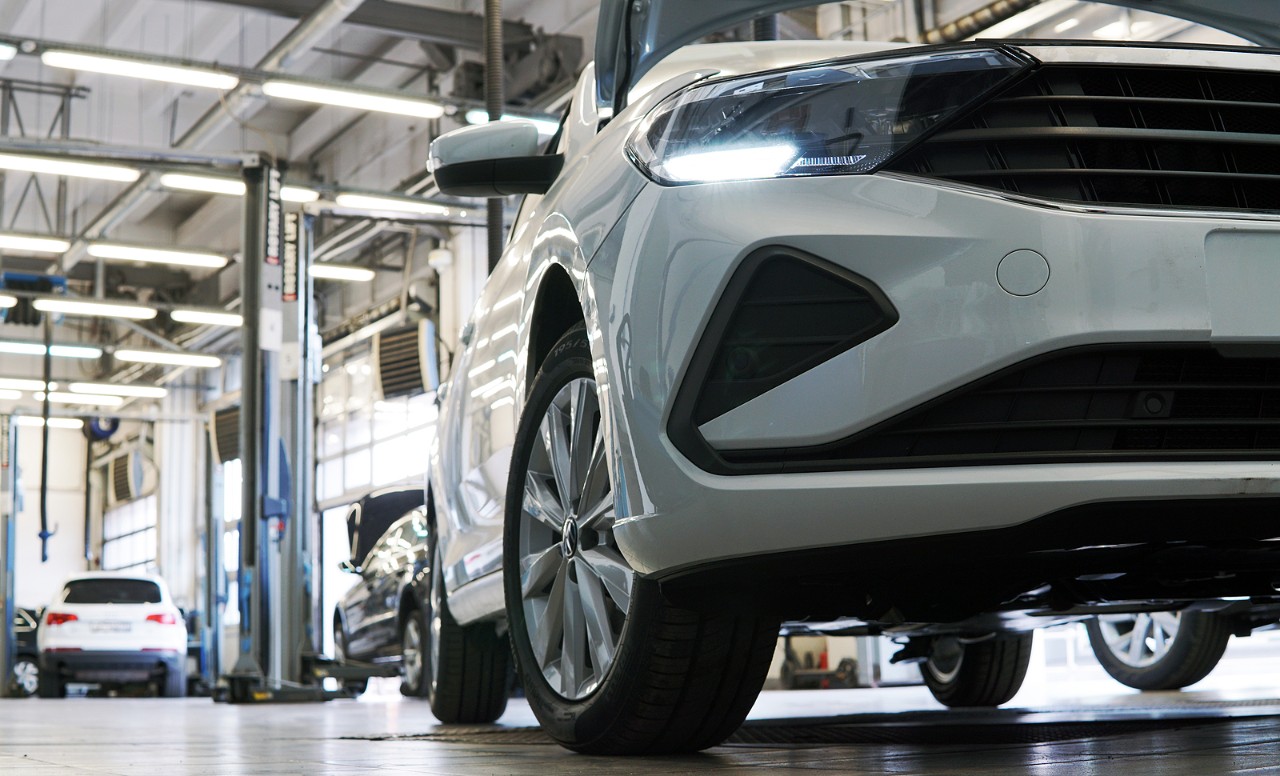 This month, we examine why your local auto dealership lot has been looking a bit bare lately

Anyone who has recently driven by their local car dealership or looked at online inventories knows there is a severe lack of available new vehicles. And available vehicles are typically being offered at full MSRP. What is causing this lack of vehicle inventory? As with most shortages these days, the causes trace back to the beginning of the COVID-19 pandemic.

Current vehicle inventories are severely constrained by a combination of reduced production volume and elevated consumer demand. Cox Automotive estimates total U.S. new vehicle inventory was 1.2 million units as of the end of July; 53% below 2020 levels and 68% below 2019 levels. Inventory days’ supply fell to a record-low of 29 days in June (60% below the prior year) and only marginally improved to 31 days in July because of reduced sales activity. The recent decline in inventory can clearly be seen in the inventory-to-sales ratio, which has fallen sharply since March and reached an all-time low of 0.8x in June (records go back to 1967); the first time the index has fallen below 1x.

The onset of the COVID-19 pandemic caused U.S. domestic automotive production to decline sharply in the first half of 2020, with levels falling to near zero in April amidst the height of COVID-related shutdowns. After surging back to pre-COVID levels that summer, production levels have steadily declined to their lowest levels since the Financial Crisis as the industry has been severely impacted by parts shortages, most notably of semiconductor chips.

Additionally, in early 2020 many vehicle manufacturers cut orders for semiconductor chips given the highly uncertain outlook for consumer demand at that time, leaving inadequate inventories to meet rebounding demand. The reduction in chip orders, a fire at a Japanese semiconductor chip factory in March 2021 and a surge in demand for electronic goods as many office workers were forced to relocate to their homes has led to a sustained shortfall in semiconductor chips for the entire automotive industry.

While some manufacturers have fared better than others, all major automotive manufacturers have been forced to temporarily halt production at some point during the past year. The outlook for improved semiconductor chip supply remains uncertain and most manufacturers expect the shortfall to persist into 2022.

At the same time, consumer demand for vehicles quickly recovered from the COVID-induced recession in 2020, driven by an economic rebound in the second half of the year and government stimulus funds, which boosted consumer balance sheets. Annualized U.S. vehicle sales approached pre-COVID levels by the fourth quarter of 2020 and surged to 18.5 million in April 2021, the highest level since July 2005. Vehicle sales have trended lower throughout the summer as inventories quickly dwindled and prices increased. The lack of desirable new vehicles has led many consumers to the used vehicle market, forcing used vehicle prices considerably higher. 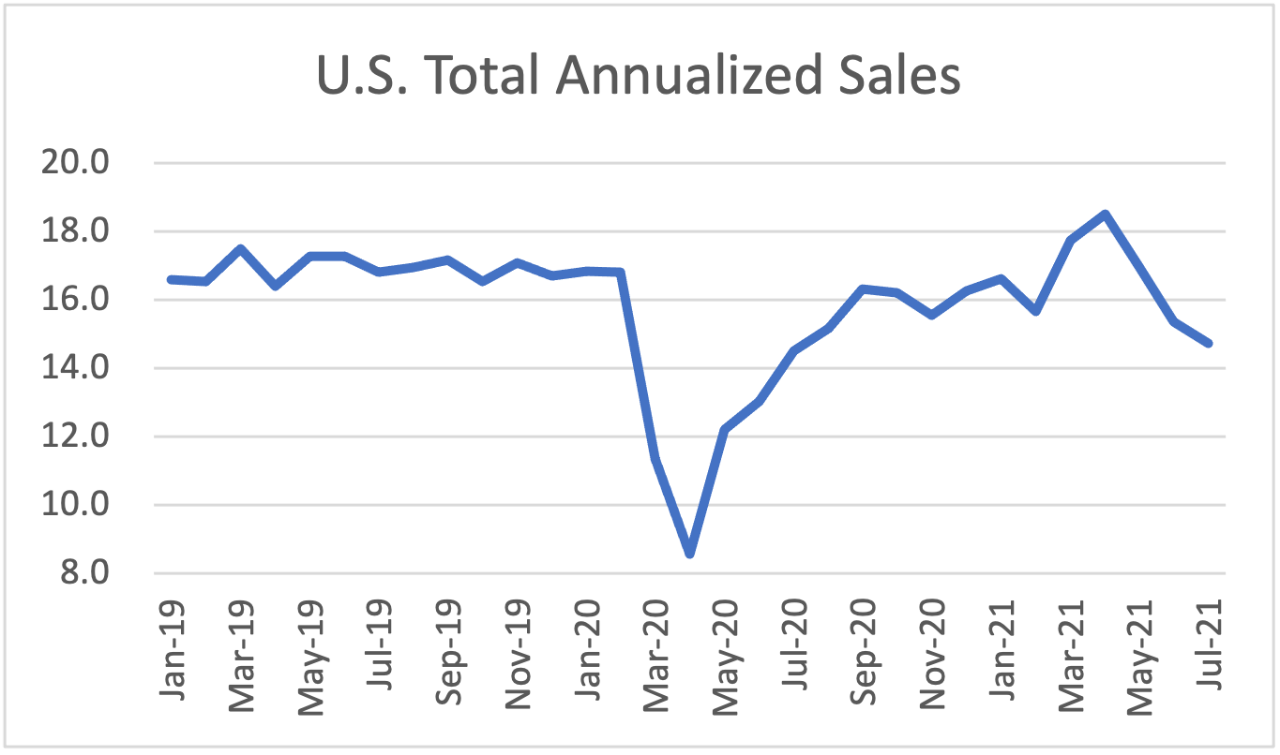 Tight vehicle inventories are likely to start easing during the first half of next year as the semiconductor chip shortage begins to abate and consumer demand moderates. However, automotive manufacturers may continue to keep inventories below pre-crisis levels, given significant cost savings associated with carrying lower inventories. Additionally, consumers have started to adopt online vehicle ordering, allowing manufacturers to focus on building the most in-demand models and reducing the need for costly incentive rebates. Regaining pricing power during this period of inventory scarcity has been a silver lining for many auto manufacturers and led to improved profit margins despite reduced sales volumes.