Your Test Results Are In ... 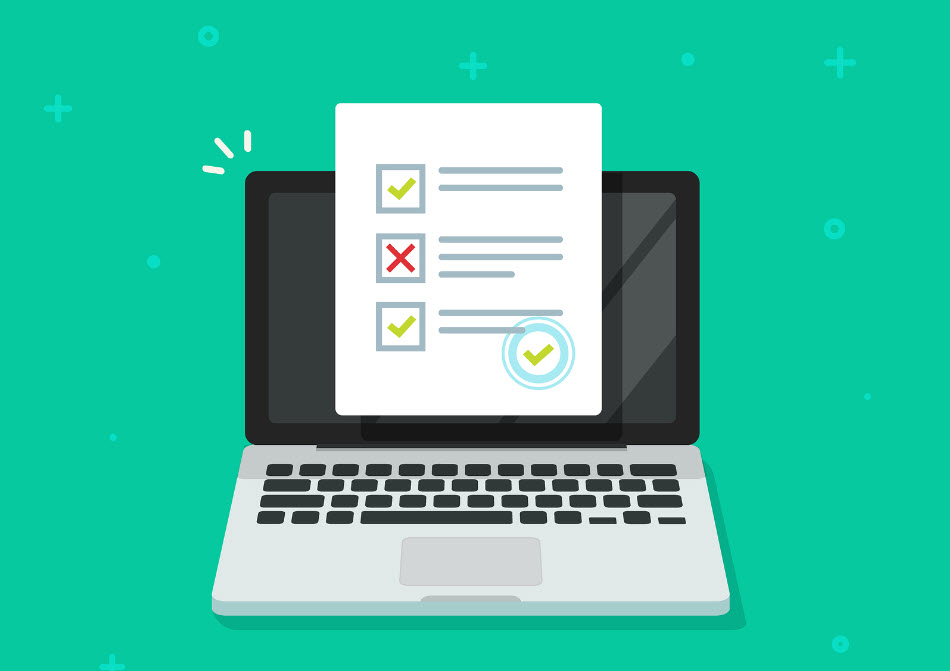 The annual Shared National Credit Program results reveal elevated levels of potentially problematic commercial loans in the system relative to pre-2008, although the riskiest exposure has moved away from traditional banks.

From its initiation in 1977, through the 2008 financial panic, publication of the Shared National Credit Program (SNC) Report was a highly anticipated event for the community of analysts covering the domestic banking sector. The anticipation has since tapered, but the program maintains its significance among industry analysts. The program was formed when bank regulators determined that accounting for large syndicated commercial loans was frequently inconsistent among banks extending the credit, with credit extended to a common borrower being impaired at some institutions while others would treat it as performing. The SNC objective was to force a truing up of accounting across bank syndicates.

The annual exam is jointly performed by the Federal Reserve (FRB), the Federal Deposit Insurance Corporation (FDIC) and the Office of the Comptroller of the Currency (OCC). Originally, the SNC covered loan commitments of $20 million or more shared by two or more banks. The terms of the program were modified in 1998, increasing the minimum number of syndicating banks to three, and again in early 2018 when the minimum loan commitment level was raised to $100 million to account for inflation.

Loan commitments exhibiting elevated levels of risk are divided into the following four categories (from least to most risk):

Consistent with the last several exams, regulators specifically focused upon leveraged lending. Bank regulators have been openly concerned with loosening underwriting standards for leveraged loans for several years as the low interest rate environment has continued to fuel an investor hunt for yield. Specifically, the SNC reviews have identified deficiencies in underwriting including elevated leverage, accordion features allowing borrowers to increase debt burdens, ineffective covenant protection or some combination of these weaknesses that render repayment assumptions unrealistic in an economic downturn.

The 2019 review - released on January 31, 2020 - determined that leveraged loan commitments were equivalent to 49% of total SNC commitments but represented 83% of commitments labeled Special Mention and 80% of combined Substandard, Doubtful and Loss commitments. Additionally, despite improvement relative to 2008 - 2010 levels, total criticized commitments remain elevated compared to past periods of economic recovery. 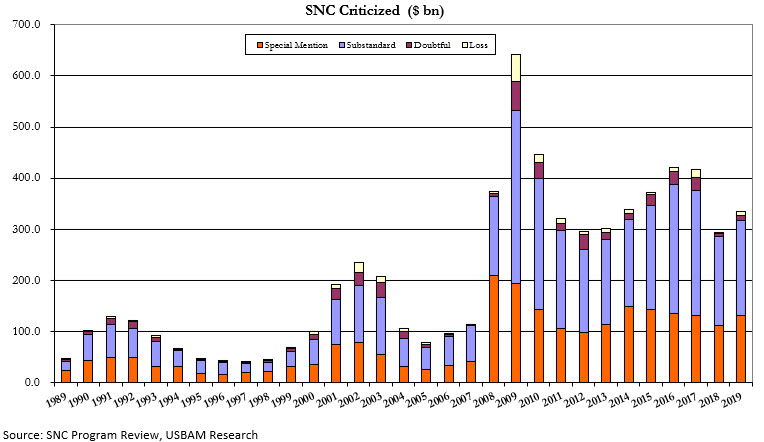 Positively however, while domestic and foreign banks represent nearly 80% of total SNC commitments, such banks hold less than 5% of total loans classified as Substandard, Doubtful and Loss. 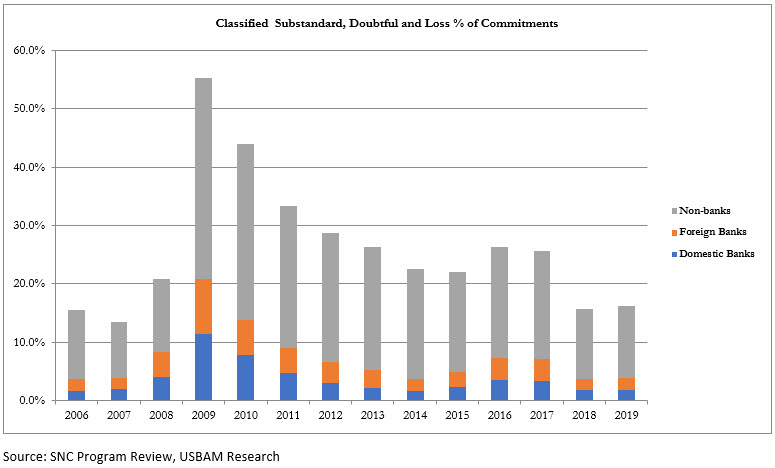 Per the SNC review, traditional banks in aggregate held $73.1 billion of commitments classified as substandard, doubtful and loss, of which domestic banks held a total of $41.2 billion and foreign banks held $31.9 billion. By way of perspective, the banking system had nearly $2 trillion in total balance sheet equity at the end of 2019, roughly 27 times total classified SNC exposure. 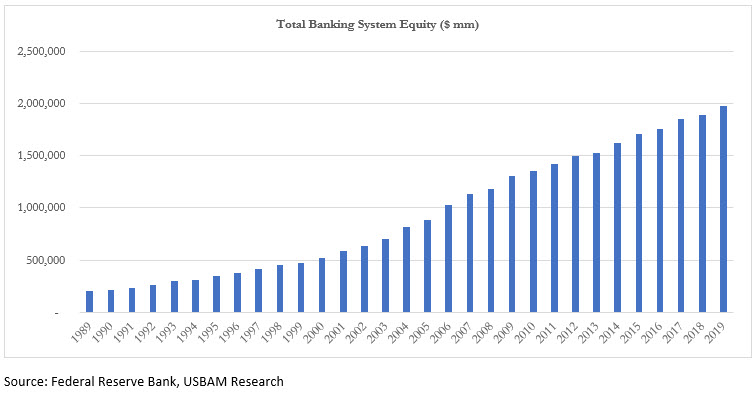 While we remain cognizant that the credit cycle has not been abolished and continue to closely monitor trends in asset quality, at this point the most visible pocket of risk in the financial system has moved off of the banking system's balance sheet to non-bank financial institutions (insurance companies, asset managers, hedge funds, CLO's, etc.). Consequently, in the event that the economy takes a significant turn for the worse driving accelerated deterioration in leveraged commercial loan portfolios, it will be non-bank financial institutions absorbing the most severe losses, not regulated commercial banks.