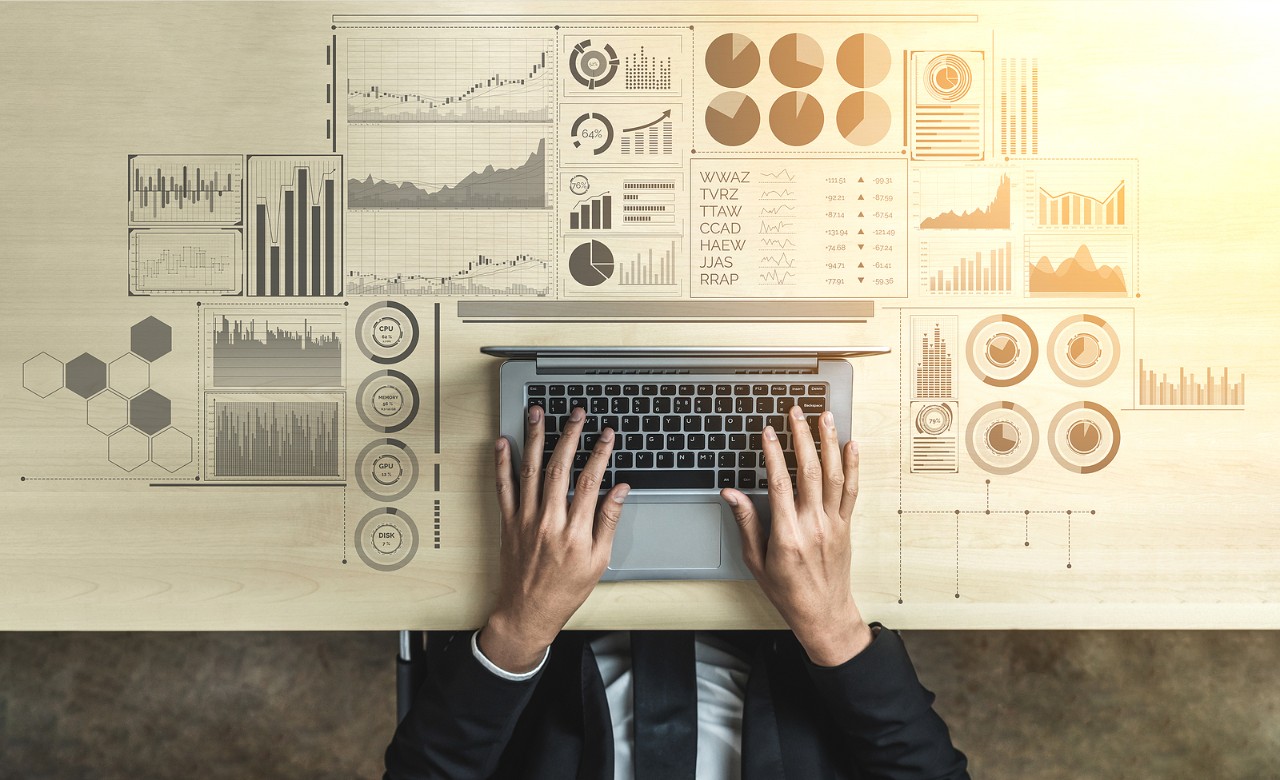 Given the unanticipated onset and severity of the current economic downturn, the extent of industry disruption and employment dislocation is not particularly surprising. The unexpectedly strong earnings performance and balance sheet resiliency of the domestic banking sector over the ensuing three quarters by stark contrast has been proven a most refreshingly pleasant surprise. The bane of the banking sector in virtually all prior economic crises, an abrupt disappearance of available liquidity, has not emerged over the course of the current downturn. In fact, the system's liquidity position has materially improved since the beginning of 2020. 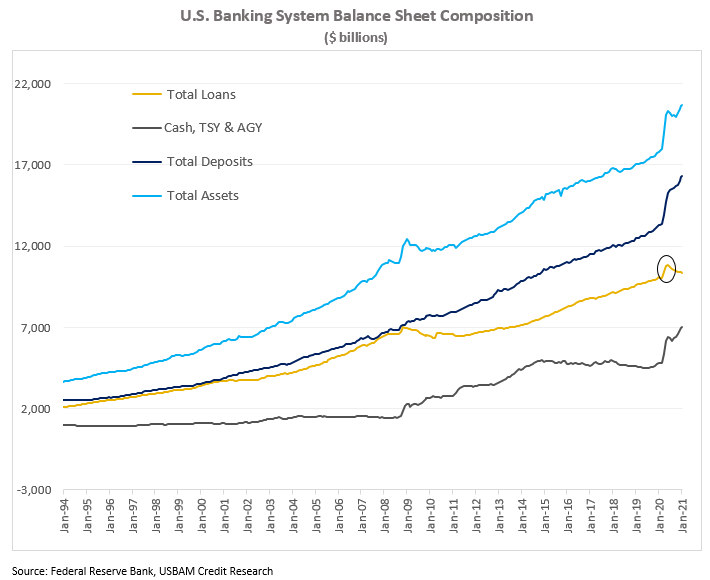 The chart above illustrates the basic composition of the U.S. banking system's consolidated balance sheet. The area inside the circled portion of the total loans series shows the spike in outstanding loans that occurred at the onset of the pandemic that was driven by companies drawing bank lines to build liquidity buffers as well as the wave of loans extended under the Small Business Administration's (SBA) Paycheck Protection Program (PPP).

Simultaneous Federal Reserve (Fed) quantitative easing inundated the banking system with excess reserves while easy monetary policy supported stabilization of the capital markets. As market functions normalized, those companies that could access the public debt markets did, and paid down a substantial portion of their drawn credit facilities. Between the end of February 2020 and the end of May 2020, total commercial and industrial loans (C&I) increased by roughly $709 billion. Through January 13, 2021 (the last available data point), nearly $509 billion (≈ 72%) has been repaid to the banks.

The propensity of both consumers and the commercial sector to de-lever and hoard cash (i.e., save) has driven a historic increase in deposits and cash and cash equivalent securities representation on banks' balance sheets. Moreover, cash raised by the commercial sector largely never left the banking system, as draws were left on deposit with the extending bank, as have the majority of proceeds from public debt issuance. On January 13th, deposits were equivalent to approximately 79% of the banking system's total assets against an average level of 67% since January 1994.

Meanwhile, total loans have declined to 50% of balance sheet assets from an average of 57% over the same time horizon. Low demand for loans has necessitated an increased investment in relatively safe fixed maturity securities or to place excess cash on deposit at the Federal Reserve. System holdings of cash and securities issued by the U.S. Treasury and government-sponsored enterprises has swollen to more than $7 trillion on January 13th from $4.8 trillion (46% increase) at the end of February 2020, with liquid assets currently equivalent to 34% of total system assets vs. the average of 23% since the beginning of 1994.

Although the increased representation of low-yielding assets is sub-optimal from an earnings growth perspective, it is a gold-plated problem that is more of a near-term concern for the equity investor. From the fixed income investor perspective, this unprecedented level of systemic liquidity allows us to remain confident in our positioning in the sector and to not lose (too much) sleep.