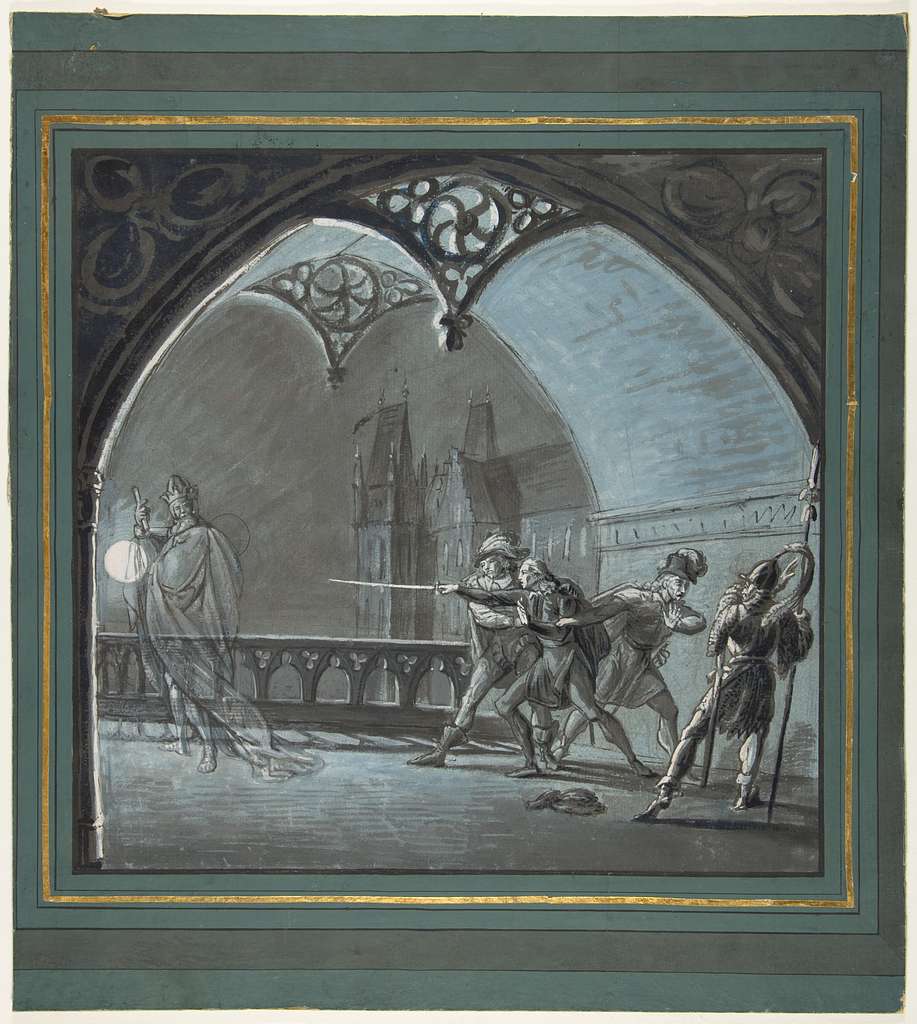 "The Ghost of the King Appearing to Hamlet, Horatio and Guards," Metropolitan Museum of Art

The annual SNC report was published recently and Principal Credit Analyst, Rob Hajduch, calls out select risk elements that make recurring appearances, like that of the eerie ghost visiting Hamlet and his friends

In the years preceding the 2008 financial panic, publication of the Shared National Credit Program (SNC) results was a highly anticipated event for the banking sector analyst community. Originally released in the mid- to late-summer months, the exam reports have crept further out from the examination period, with the most recent SNC report covering 2021 released on February 14, 2022. Over the last decade, the report has garnered marginal attention as regulatory oversight has tightened, stress testing has gained credibility and more recently the COVID pandemic and geopolitical events have overshadowed the annual release. Nevertheless, the exam is valuable in identifying pockets of weakness in commercial loan portfolios, as well as tracking the migration of risk within the domestic financial system.

The SNC was initiated in 1977 after bank regulators determined that accounting for large syndicated commercial loans was frequently inconsistent among banks extending the credit, with credit extended to a common borrower being impaired at some institutions while others would treat it as performing. The SNC objective was to force a “truing up” of accounting across bank syndicates within a given year.

The annual exam is jointly performed by the Federal Reserve (FRB), the Federal Deposit Insurance Corporation (FDIC) and the Office of the Comptroller of the Currency (OCC). Originally, the SNC covered loan commitments of $20 million or more shared by two or more banks. The terms of the program were modified in 1998, increasing the minimum number of syndicating banks to three from two, and again in early 2018 when the SNC raised the minimum loan commitment level to $100 million to account for inflation.

Loan commitments exhibiting elevated levels of risk are divided into the following four categories (from least risky to most):

The cutoff for loans examined in the most recent review was June 30, 2021, and consistent with the last several exams, regulators focused specifically upon leveraged lending. Bank regulators were vocally concerned with loosening underwriting standards for leveraged loans in the years preceding the pandemic as the low interest rate environment fueled an investor hunt for yield. Specifically, the SNC reviews have identified deficiencies in underwriting including elevated leverage, “accordion features” allowing borrowers to increase debt burdens, ineffective covenant protection, or some combination of these weaknesses that render repayment assumptions unrealistic in an economic downturn.

The 2021 review determined that while overall SNC credit risk improved relative to 2020, it remained high on a historical comparison, particularly in sectors most impacted by COVID-19 (i.e., hotel, office, and retail) and the inherent risks were magnified in leveraged commitments. Regulators determined that leveraged loan commitments, while representing 50% of total SNC, accounted for 75% of commitments labeled special mention and 78% of total commitments classified as substandard, doubtful, or loss. Positively however, while domestic and foreign banks commitments were equivalent to 77% of total SNC commitments, they hold 6% of total loans classified as substandard, doubtful and loss (see the following charts).

Per the SNC review, traditional banks in aggregate held roughly $127 billion of commitments classified as substandard, doubtful and loss, of which domestic banks held a total of $71.9 billion and foreign banks held $55.3 billion. By way of perspective, the banking system per FRB data had more than $2 trillion in total balance sheet equity at the end of 2021 (see the following chart), or roughly 27 times total classified SNC exposure.

In 2009 by contrast, total criticized commitments held by domestic and foreign banks were approximately $237 billion and were equivalent to roughly 18% of total equity in the banking system.

While we remain very aware that the credit cycle has not been abolished and vigilantly monitor asset quality trends, at this point the most visible pocket of risk in the financial system has moved off of the banking system’s balance sheet to non-bank financial institutions (insurance companies, asset managers, hedge funds, Collateralized Loan Obligations, etc.). Coupled with the system’s ongoing accumulation of equity to absorb potential losses were they to materialize, we are comfortable with our positioning in the sector.